Former President George H.W. Bush lies in state at the U.S. Capitol Rotunda on Dec. 3, 2018. The U.S. Capitol played host to a hushed stream of mourners, paying their respects to former President George H.W. Bush, whose flag-draped casket, attended by a military honor guard, laid in the center of the building's rotunda. Among some of the who paid their respects, there was a sense of longing for the "kinder, gentler" nation that Bush spoke of during his inaugural address. 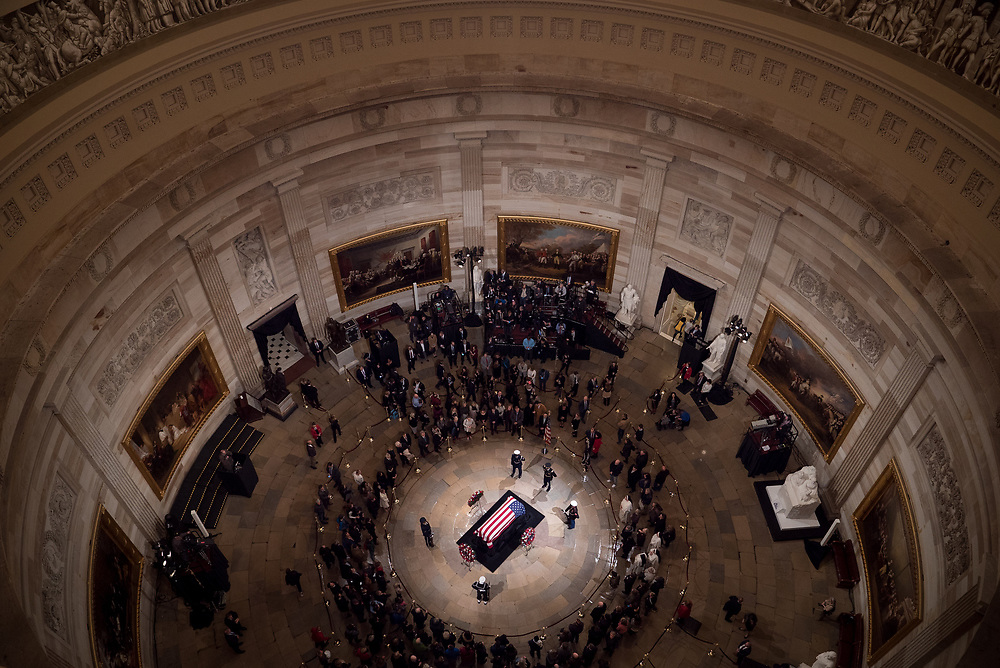